The Fabric of Collaboration

I once worked as an exec lead on a $1bn proposal, we had a group of companies that knew that each had its own strengths because of their core business, their brand and their nationality. It was a team. We worked hard to leverage from the strengths that each company brought to the team but at the same time we realised that we had to create a common bonding identity so that the vertical strengths of the companies were braced by an orthogonal connection as a team. Since you end up with horizontal and vertical strengths I like to call this the “Fabric of Collaboration”. Now as we all know a weave or fabric is a powerful structure, we all know that everything from cloth to chain mail, glass fibre to carbon fibre is based on such a weave and it is strong. 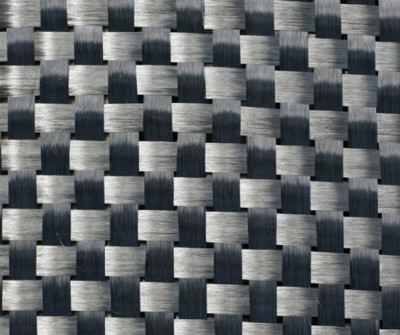 A weave or fabric is better than vertical threads

At the bidding stage this fabric of collaboration worked really well, we had team identity passes, lapel badges and we presented ourselves to the customer coherently as that team, we never mentioned our parent companies. The customer knew of them of course since this was important to create a perception that this was a team made from strong components, a fabric made of strong threads.

During a bid there is an exceptionally clear and common purpose, ‘ to win’, this purpose is very tangible and it sits unmovable on the distant horizon as a destination to aim for. During bid production, questions and answers the team acts seamlessly, gaps in resourcing are filled almost as if by magic as the teams pull together for the common purpose. People help each other, perform tasks outside their area of responsibility and produce exceptional work over sometimes long hours. People are in good spirits, they keep their eyes on the prize.

Eyes on the Prize

In this particular example we became preferred bidder and went through an intense period of contract negotiation, really nailing down the performance of the solution and service , the timescales and of course the price. Many weeks were spent adjusting very complex cost models and integrated schedules until finally we reached an agreement with the customer and we won! There followed a short but intense period of celebration, it was a fantastic achievement and everyone involved deserved a pat on the back. Fantastic, what next?

The Dawning of Commercial Reality

The contract that we had developed, negotiated and won was at the head level. The perfectly seamless and badgeless team we had all worked in in reality had to be signed legally by the prime. Our team of companies which had worked so collaboratively during the proposal did in fact have a hierarchy. The next step was of course to determine the scope of work for each company that formed the team and to formalise the individual contracts with the prime. Of course the costings for each company were in the joint cost model we had developed and negotiated with the customer so the pricing was already hierarchical, the boundaries of the scope of work was less clear.

There followed an intense period of work where the prime had to issue the scope of work to each subcontractor, because thats effectively the hierarchical structure we had. So this is a scope of work effectively against a fixed price where the solution is not completely developed.

Each subcontractor then has the undivided attention of their commercial director, for each subcontractor it is important not only to get the revenue from the workshare but also their target margin, which was of course was built into their inputs into the consolidated cost model. So we have fixed:

But the fine detail of scope has to be agreed.

Scope Tension and Tearing the Fabric

In this case the customer wanted the programme to be mobilised quickly and placed a milestone payment on the prime to get all of the subcontractors scopes of work agreed and to get them on contract. Very sensible from the customers perspective.

Under the surface though the only thing that can give is scope of work. The commercial tensions from each subcontractor, now no longer in a team dynamic, means that they are not going to perform more scope than they are being paid for. The consequence of this is a straining of the once perfect fabric which creases and tears. In my fabric analogy where it creases, there is scope ‘overlap’ between subcontractors and where it tears their is a scope ‘gap’. Gaps and overlaps may not be seen by the prime initially but they are there below the surface and they become very difficult to fix once apparent.

Lets think about a gap first. It becomes apparent during execution that the subcontracts with the prime have a gap in scope. It is an identified piece of scope that has fallen between the cracks. Now in the bid/collaborative stage this would not have been an issue, the team would have ensured that the gap was healed. In this commercial stage however all subcontracted parties stare at the gap and say, if you want us to do that it’s an increase in scope and it will cost $X. Of course more than one subcontractor may have the capability to fill it and there may be a cost $Y and $Z. Now the prime is also a commercial organisation and in this example has management contingency but not enough to fill the gap so resorts to leveraging the ambiguity in the less than perfect statement of work. Immediately this creates a stand-off and all of the good work done in forming a team comes under strain. 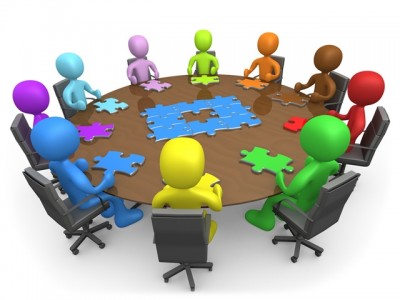 Now think about an overlap, this is where it turns out that the scope of work overlaps to some extent for two or more subcontractors. So it has to be decided which subcontractor gets to perform the work and obviously none of them want to concede because this will affect their workshare in terms of revenue and profit. So again there is tension and the fabric is strained. I have seen cases where this is so difficult to resolve commercially that both parties continue to be paid.

Whatever happens attempting to resolve these gaps and overlaps creates tension, diverts energies and creates rifts between all parties ultimately impacting the performance of the overall programme.

Getting back to Collaboration

In this example collaboration worked really well in the bid phase because each party had equal status, the team was seamless and great work was performed.

When it came to execution there was a prime/sub hierarchy,  scope changes caused tension and the programme performance suffered.

So how do you get collaboration and the great work in a bid phase to continue into programme execution?

There is no simple answer in a complex programme and not resolving the gaps and overlaps effectively becomes one of the major causes of programme failure. See my post on Why Programmes Fail

How would you solve this issue from your experience? Leave me a comment.

6 responses to “Why collaboration is difficult”

Many consultancies only help you discover the wrong answers, Inflexion Point Consulting helps you to find the right ones!